WTPA has learned of the passing on Friday, October 16th of Steven Johnson, 69, of Holmen, Wisconsin. Mr. Johnson was a member of the Wisconsin Tractor Pullers Association and served as a member of the Board of Directors starting in 1986.

Steve was hired by Niedfeldt Trucking in La Crosse in his early years after graduating from the University of Wisconsin – River Falls. His early dedication and commitment to hard work led to him later co-owning the business from 1973 until 2000. In 1995, he established American Warehousing & Distribution which has grown into the success he had envisioned years ago. Pete lived his life with the motto “work hard, play harder” and no one did it better.

His love of all things driving and machinery resulted in earning his pilot’s license as well as a deep passion for truck and tractor pulling. Starting with entering into local truck pulls in the late 70’s led him to pulling 2 versions of the “Wild Hare” modified pulling tractor from 1980 through 1991. During this time, he traveled with his family throughout the state of Wisconsin on the WTPA circuit as well as nationally with the NTPA. He would win several state and national titles. In addition to competing, he held several WTPA board positions including Association President and a position as an NTPA director.

Steve’s first version of the “Wild Hare” was a single engine Donovan that he pulling from 1980 to 1983. The second version of the “Wild Hare” featured a crank-to-crank twin Donovan engine setup built by Rick Kippley and would make its debut in Taylorville, IL in 1985. This would become the version we all would come to recognize to this day. You are still able to see it pulling out in the state of New York with the current owner Sharon Everman under the same name “Wild Hare”.

Visitation will be held on Friday, October 23 from 10am -12:30pm at der Ferkle Barn, N7395 County Road W, Holmen. A service will follow at 1pm with Pastor Carol Garman officiating. Interment will be in the Halfway Creek Cemetery. Masks and appropriate social distancing are appreciated. A celebration of life will follow at der Ferkle Barn. Jandt –Fredrickson Funeral Home is assisting the family with arrangements.

We extend our deepest sympathy to Mr. Johnson’s family and to members and friends of the WTPA.

Obituary may be found here. 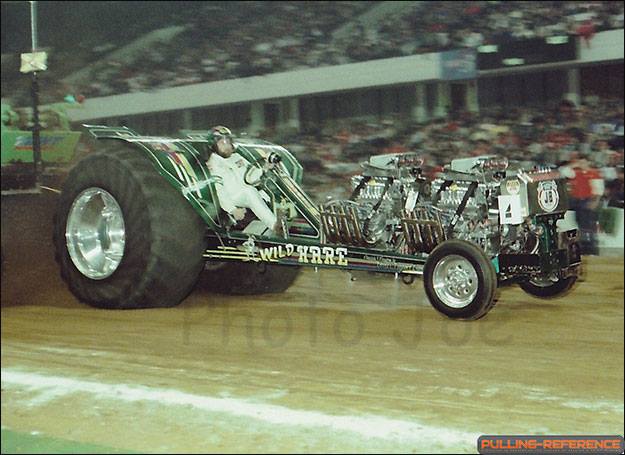 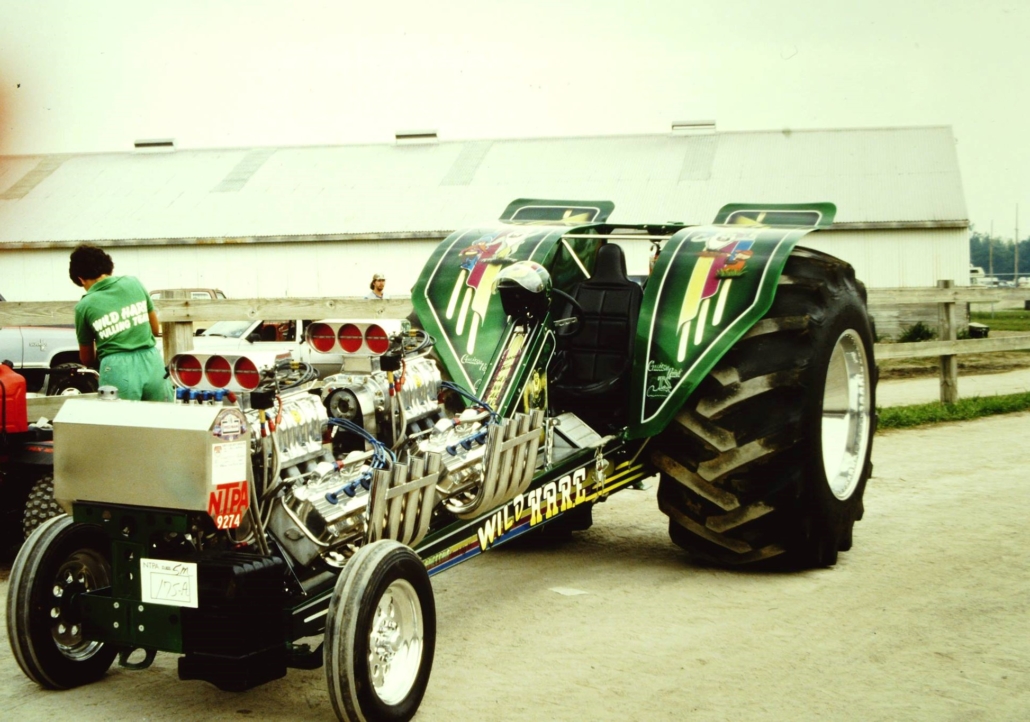 1988 Elkhorn, WI Pulling in the 5200 lb Class
Video courtesy of Sidetracked Powered by DHD on Facebook 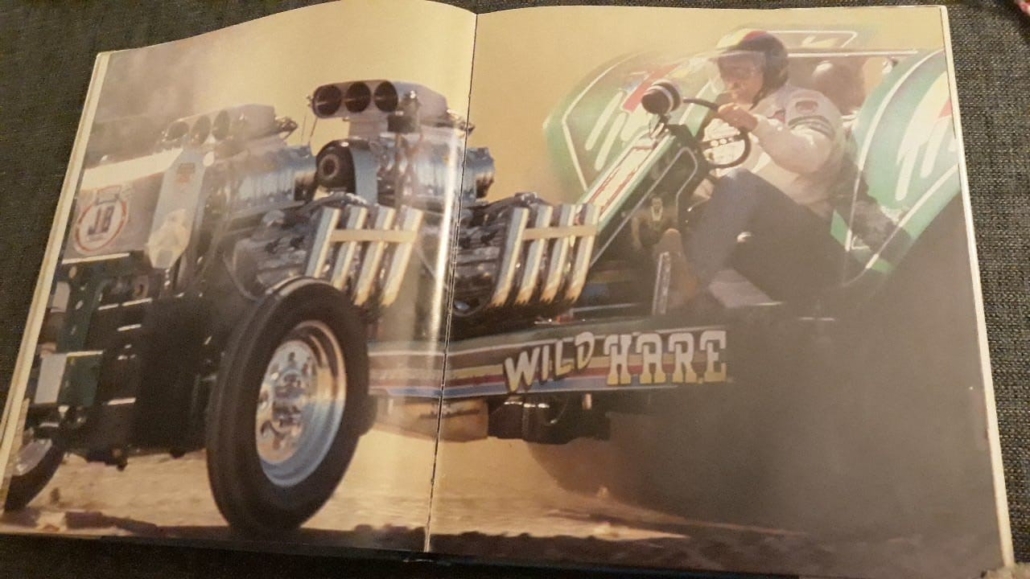 Steve getting a two page spread in the Puller Magazine.