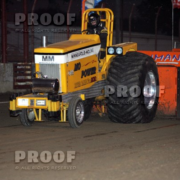 The WTPA family is saddened to report the passing on Thursday, March 12 of Dale Seehaver of Princeton, WI. Dale was the father of former Light Super Stock competitor, Doug Seehaver. They use to campaign the Minneapolis-Moline G1000 they called “Mo Power” in the early 2000’s until they decided to hang it up after the 2008 season. Dale made a name for himself by repairing, restoring, and reselling farm tractors. He was known “That Minnie Guy” and he even pulled his prized 5 Star Minnie. Our deepest sympathies are with the Seehaver family and friends as they grieve their loss of Dale.

His obituary may be found here: https://www.wachholzandsons.com/obituary/Dale-Seehaver