WPI/NTPA has learned of the passing on Thursday, June 18 of James Skaar, 85, of Cottage Grove, Wisconsin. Mr. Skaar was a founding member of the Wisconsin Tractor Pullers Assocation and served as its president at the time it became an NTPA member state in 1971.

Mr. Skaar’s passing follows that of his wife Nola, who also served the WTPA as an officer, by 11 months. They were the parents of Super Farm competitor Nick Skaar (Screamin’ Norwegian).

Mr. Skaar and his family farmed for over 60 years, milking cows and raising tobacco. He remained active on the farm up until his passing.

Beginning his pulling career in the 1960s in the days of the dead-weight sled, Mr. Skaar continued to compete well into the era of the modern weight transfer. In September 1971, he was victorious in the 9,000-lb. Stock class at Lancaster’s Grant County Fair Pull, the first nationally sanctioned event in the state of Wisconsin. He also was a two-time winner at the National Farm Machinery Show in Louisville, Kentucky. Later, he enjoyed watching his son Nick compete and being a part of his pulling team. Other interests included snowmobiling and midget racing.

A public visitation for all will be held observing social distancing rules from 9:30 to 10:30 a.m. on Thursday, June 25 at First Lutheran Church, 310 West Washington Street in Stoughton, Wisconsin.  Face coverings are mandatory to attend. A public celebration of life will be held at a later date. In lieu of flowers, memorials can be made to the UW Carbone Cancer Center or the Stoughton Norwegian Dancers.

We extend our deepest sympathy to Mr. Skaar’s family and to members and friends of the WTPA.

Original Article may be found here. 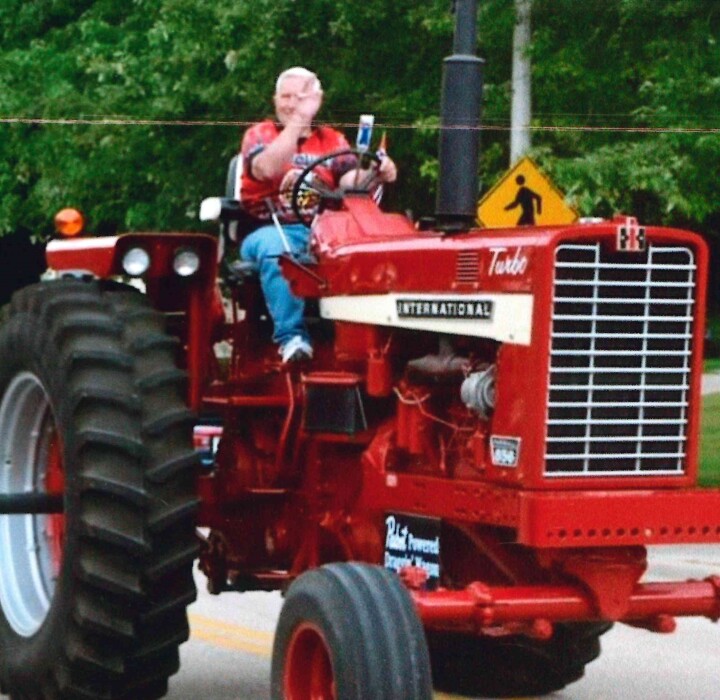